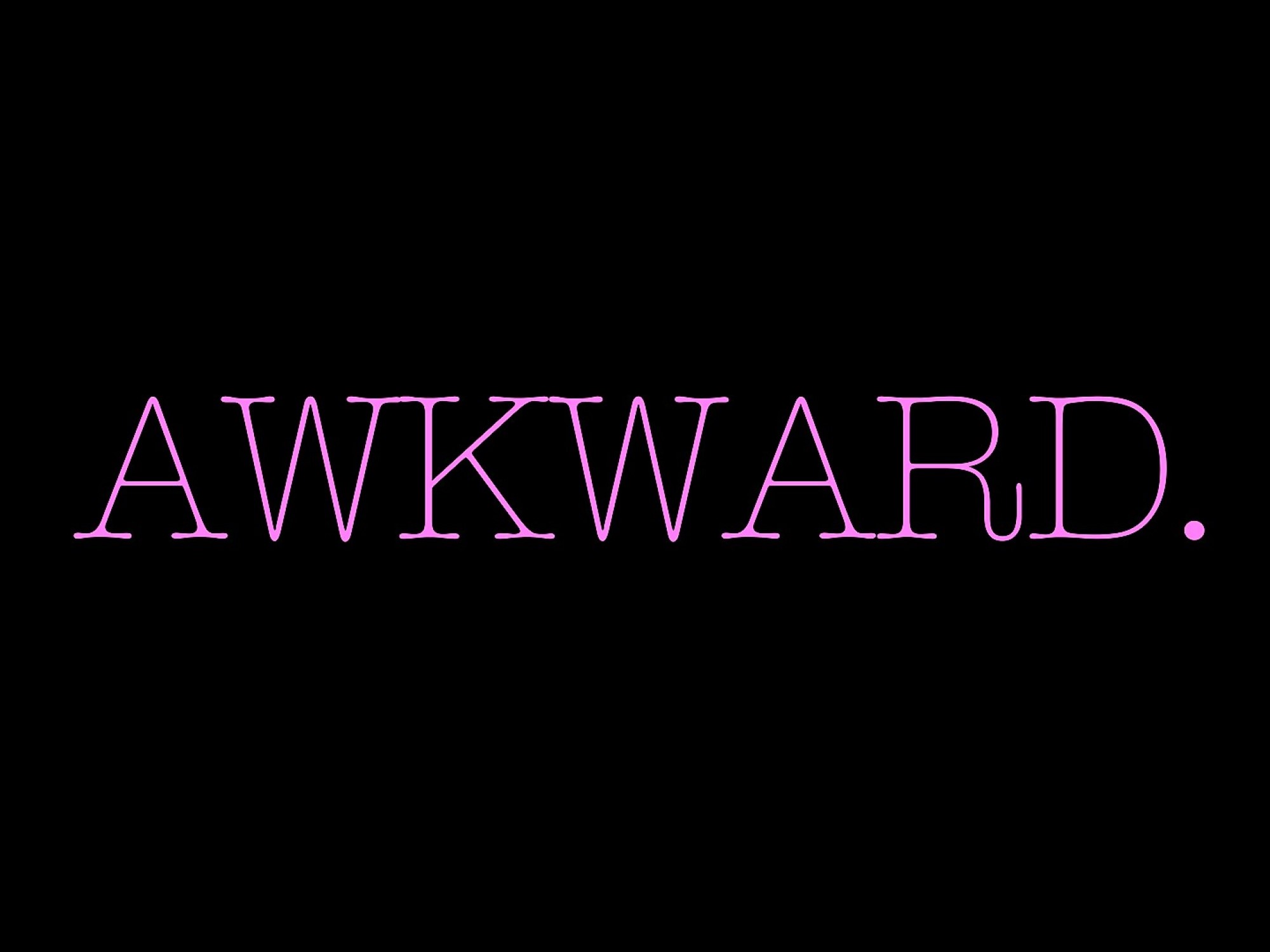 I don't know about you, but I don't particularly enjoy awkward moments, regardless of the type. Most awkward moments are uncontrollable, and you never know when they're coming and how long they'll last. This got me thinking about

1 Peter 1:13-16 - “13 Therefore, with minds that are alert and fully sober, set your hope on the grace to be brought to you when Jesus Christ is revealed at his coming. 14 As obedient children, do not conform to the evil desires you had when you lived in ignorance.15 But just as he who called you is holy, so be holy in all you do; 16 for it is written: ‘Be holy, because I am holy.’”

I'll explain how and why I thought that way in just a second; for now, allow me to dive into the text. The passage here starts with “Therefore…” because it's tying in what was said in the previous twelve verses. Peter had just emphasized that God has given us eternal salvation. God, through Christ Jesus, did His part, and now we should live accordingly. “Therefore…” since now you have this amazing “grace” a.k.a., “salvation,” Peter says, now you should focus on your part, which is walking in holiness.

Verse 13 goes on to say, “with minds that are alert and fully sober.…”  A more accurate translation should say, “gird up the loins of your mind.” It paints a picture of a man gathering up his robes over his feet (to avoid tripping) when needing to act fast or move in a hurry. In the same way, we are being told that our minds need to be “prepared and ready to go... for action without stumbling over anything.”  You see, Peter is wanting us to be alert, but alert for what? Check this: Peter is gradually working his way up to an overall main point which is holiness. We know this because verse 14, it says, “As obedient children.…” Now, what comes to mind as you read this? Well, Peter's relating this to a family. In a family there are parents; in a family there are children. Peter is expressing, "Now that you have salvation, you are part of God’s family, and in this family, God is father and we are the children, and God’s children, like any children, should obey."

The passage continues with “…do not conform to the evil desires you had when you lived in ignorance.” The word “ignorance” means “lacking knowledge or to be unaware.” Peter is basically saying, "You can’t live and act like children that are lacking knowledge, because you are now informed; don’t act like you don’t know, don’t live as though you aren’t aware." The same goes for us, too. Often a believer comes across temptation and "caves-in" because they're thinking, “Eh, I’ll just play the ‘I didn’t know card.’” But, Peter is quite clear and lets us know there is no such thing as an “I didn’t know card,” he says, because you “lived in ignorance…” - past tense - but not anymore! How many of us after coming to know Christ are still living as though we are ignorant to certain sin when we clearly know better? Hold this thought as I shift back slowly to "awkward moments."

Peter goes straight to it and says it like it is: “…so be holy in all you do.…” 1 Peter 1:15. Don’t let this frighten you, it doesn’t mean perfection. “Holiness” simply means to be “set apart.” Set apart from the ways of the world. Not going along with a sinful nature because now you are set apart for a life in Christ.

Friends, the same goes for us, we who are now children of God. We ought to live in obedience, in holiness with “minds that are alert and have clarity” so that we do not live as disobedient children, because we know that our Abba Father is watching us. We must ask ourselves if there are areas in our lives that we know should be more "set apart." If we would be children who actually lived "set apart," trust me, we would avoid many awkward moments.

Growing up, I recall how, like any youngster I’d watch television in the living room without a worry in the world. I also remember, on occasion, my dad would arrive home, roughly around 6:00 pm. I’d say, "Hello," and he’d walk all the way over and high-five me and my brothers and share his leftover desserts. His next move was not to sit down, but rather to keep standing in the living room. In other words, he wasn’t planning on staying long because he wanted to go wash up for dinner. Well, as he stood there, he would turn to the television and get a snippet of what the show we were watching was all about. Most of the time it was a family sitcom, though sometimes...it wasn’t. And, as he stood there, on some occasions, it felt like an eternity. Thirty seconds felt like five minutes...why? Because some shows made references that were clearly worldly or inappropriate; some shows had scenes where there was fornication or some other sin implied. It was always an extremely awkward moment as my Dad (who was also my pastor at the time) stood there. But get this, it was funny how I was perfectly fine with the show...up until I was in the presence of my father.

Think about that for a second. Too often we're okay with allowing ourselves to entertain sinful lifestyles, all because we aren’t living a life as though we are in the presence of our Father.  I wonder how our lives would change, if we simply remembered that our Father is omnipresent, He is everywhere and sees everything. I believe it would challenge and encourage us to begin living lives that are truly set apart, in so doing, trust me - you’ll avoid the awkward moments.

I am the Lord's Servant

My Witness Among the Body