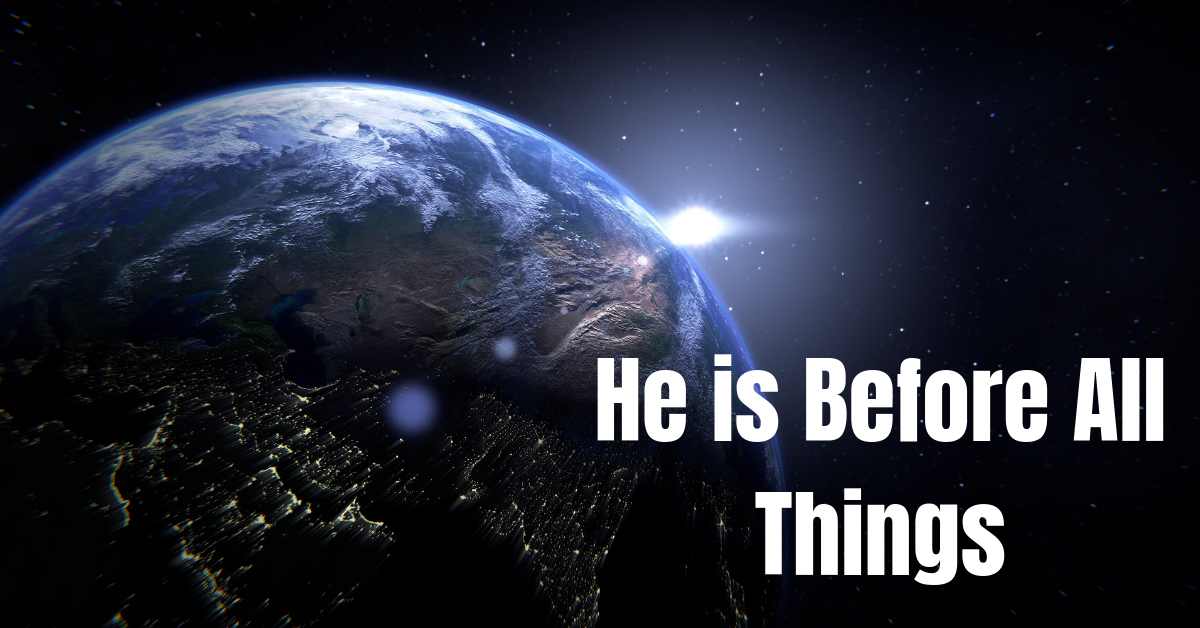 The Gospel according to John goes to great length to communicate that Jesus Christ is God. That He has always been God and will always be God. That He was there in the beginning, He was with God the Father, and that apart from Him nothing came into being. He is the Creator, not the created. This is an essential Christian belief. And as God, Christ left his throne in Heaven with the Father where he was from the beginning and became like you and I; except without sin.

So, why is this important?

Once you have discovered that Christ is God, you can then begin to understand the magnitude of what He did. What He did for you, and what He did for me, so we can know Him. It really is incredible when you think about it, 2 Corinthians 8:9 says:

” For you know the grace of our Lord Jesus Christ, that though he was rich, yet for your sake he became poor, so that you through his poverty might become rich.”

Christ left his throne so we could inherit the Kingdom. Humanity is made in the image of God, but because of sin we are separated from Him. There is no way for us to reconcile ourselves to God. We need an advocate, a substitute, on our behalf.  Christ lived and died so those who place their faith in Him can have His righteousness credited to them. Christ died so we can live.

“who, although He existed in the form of God, did not regard equality with God a thing to be grasped, 7 but emptied Himself, taking the form of a bond-servant, and being made in the likeness of men. 8 Being found in appearance as a man, He humbled Himself by becoming obedient to the point of death, even death on a cross.”  Philippians 2: 6-8

It is simple but profound, God humbled himself and became a man for our benefit. He put our intrestes before His own, and now he commands the same from us. Should we then not then humble ourselves before God, and give our life as an obedient servant for the Kingdom? We are called now to put others interests before our own. Why? Because we are known by the One who is before all things. He is for us, He has empowered us, He has commissioned us, and His mission will not fail.

John 1:3 to me really declares who God is: All things are through Him, and nothing that has come to be apart from Him. Think of that in light of Colossians 1:17:

He is before all things, and in Him all things hold together.

Did you know there are a known octillion stars in the universe? Yes, octillion, which is 10,000,000,000,000,000,000,000,000,000. Pretty big number, right? He holds all those stars together, but at the same time he holds together all the atoms and small details that make up you. Why does this matter? Because it tells us we can trust God, and it would be foolish not to. He is before ALL things, and he holds all things together. Jared Wilson tweeted this recently "American evangelicals are prone to panic about the waning faith in our nation. But we forget America is not the center of Christianity. The center of Christianity is seated at the right hand of the Father, and of his kingdom there will be no end." Therefore, we can trust Him with our lives. He gave His life so you can live eternally with Him in paradise, will you now in return give him the few years you have on this earth? May it be so.

How do I Have a Quiet Time?