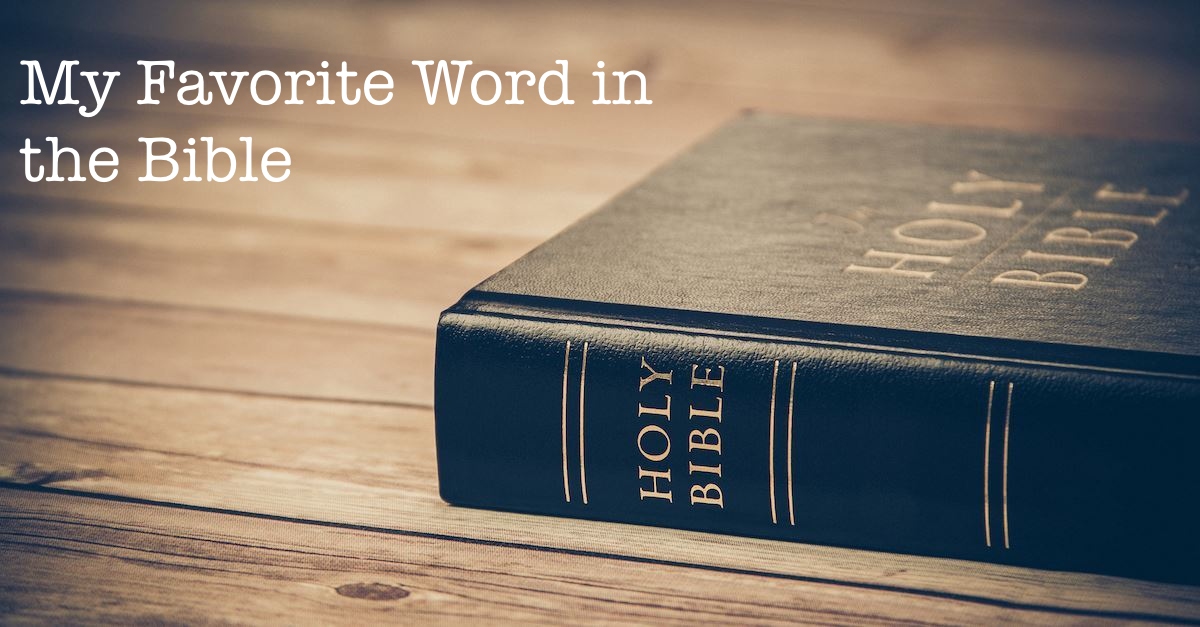 Why, you ask? Why would a simple word like “but” be my favorite word in the Bible? Because “but” usually signals a contrast, one that is often from the negative to the positive. The word “but” is also often followed by the word “God” or “Christ,” to the effect that we have done something wrong, but God stepped in to clean up our mess. Take Ephesians 2:1-5 for example:

“And you were dead in your trespasses and sins in which you previously walked according to this worldly age, according to the ruler of the atmospheric domain, the spirit now working in the disobedient. We too all previously lived among them in our fleshly desires, carrying out the inclinations of our flesh and thoughts, and by nature we were children under wrath, as the others were also. BUT God, who is abundant in mercy, because of His great love that He had for us, made us alive with the Messiah even though we were dead in trespasses. By grace you are saved!”

We were dead, but God made us alive.

Look at another occurrence in Romans 5:6-8:

We were and are sinners, but Christ died for us nonetheless.

Consider one final example from 1 Peter 2:10:

Once you were not a people,

BUT now you are God’s people;

you had not received mercy,

BUT now you have received mercy.

We were stranded and without hope, but now we have been mercifully chosen as God’s favored people.

Are you starting to see why “but” is my favorite word in the Bible? It often signals a contrast between a past and a present reality. Outside of the Bible, this same concept is present in songs such as “Love Lifted Me:”

“I was sinking deep in sin, far from the peaceful shore;

Very deeply stained within, sinking to rise no more.

BUT the Master of the sea heard my despairing cry;

From the waters lifted me, now safe am I.”

Another well-known line that comes to mind is from “Amazing Grace:”

This certainly applies to our salvation (I was dead in sin, BUT GOD rescued me by His grace). But it can also apply to other things as well. Maybe you were addicted to something, BUT GOD delivered you. Maybe you were literally about to lose your life, BUT GOD restored you. Maybe your marriage was in shambles, BUT GOD gave healing. Or maybe you are currently in a situation like this and you are longing for a BUT GOD moment. If this is you, be patient and trust His timing.

In conclusion, I would encourage you to take some time today to appreciate how different your life might be if it were not for all of those BUT GOD moments. Thank you for spending your time reading about my favorite word in the Bible. What’s yours?

Student Ministry in the Life of the Church